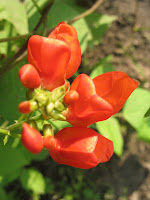 Last year I had 5 New Year's Revolutions (thus named because it's so easy to break a "resolution", natch) and a few of them I actually managed to integrate into my life.

Revisiting 2008 and 2007
I did finish an entire draft of my first novel, much to my surprise. I have lost weight, about 14 pounds so far, and know that it was the methotrexate contributing to my being unable to lose it. Now that I'm back on prednisone, I'll have to work even harder to try and keep it off. And while I'm not sure if I'm less judgmental, I have learned from my mistakes, am more positive, and my life is certainly is better for it. Again this year I failed to watch less TV, and I did cut down on my celebrity gossip (with a few slacker "internet coma" days where I relapsed), but the budgeting has gone haywire over the past few months. I am still saving, though.

1. Try to Live with Less Clutter
I've spent the past few days gutting my house of clutter. Our ENTIRE giant recycling bin is full of stuff I have purged -- from old credit card statements to useless office accoutrements (why did I hang on to those strange mesh-like inboxes from Shift magazine when the office closed, oh, 10 YEARS AGO?). My bedroom closet is clean and organized. My drawers have all been vacuumed and neatly organized. I know where things are and plan to keep it that way. As my RRHB says, "the problem starts when you bring all that stuff INTO the house." I am a packrat with a sentimental streak; it's in my nature, but I simply can't live with all the junk anymore. Something has to give. There's a great article here on Style at Home that's already helped me in terms of decluttering.

2. Be Zen About Work
One of the greatest lessons I've had in my life came in the form of being let go from a job that I hated in the first place. I spent a lot of time being angry about it. I spent a lot of energy despising the woman who was once my boss. I spent a lot of time worrying about what I'd do differently. In the end, all it did was make me sick, all the stress from that situation kicked off fighting the disease for another five years, and I vowed I'd not make that mistake again. But here we are, all these years later and the week that my job imploded happily corresponded with the death of my mother and my father-in-law's heart attack. It was one of the hardest weeks of my life.

I've decided that my job might not be perfect, it might not be everything I'd hoped it would be, but I'm going to give it a chance and not make all the same mistakes I did when I worked for the television empire. So far, it's working: I'm calmer, I don't react with my temper, I do my best, I do what's asked of me, and I've started asking for things in return. By "zen" I don't mean to debase anyone's religion, it's more the approach I want to take about work: I can't change the fact that I have to work, I can only change my response to it. Taking more deep breaths, not getting worked up, thinking before I act and then acting responsibly -- all in order to achieve a sense of balance, that's my goal.

3. Watch Less TV
TV is the ultimate time waster, as much as I do adore it. I've only watched a little bit in the evenings this past week and have accomplished so much. I'm going to try and watch less TV on the weekends and try to limit weeknights to just a couple of hours.

4. Bring My Lunch
This one's simple: we're sitting on the edge of broke right now. We need to save more, spend less and one easy way of doing this is bringing my lunch more than once a month. I also want to eat more wholesome food, more soups, less bagels, more vegetables, less candy, and this is one way of eating better. That doesn't mean I won't go out once or twice a week, it just means I'll stop running to the food court when I feel desperate.

5. Buy Less, Use What I Have, Create More
As above, we're trying to finish the house so every penny is allocated and I need to break the bad online shopping habit. I know I won't be able to NOT shop at all, but I can cut down on the amount I spend, buy things on sale, wait until I have more than just one item to purchase so that there are more bits and pieces in each packages (better for the environment). I'm also going to try to use things I already have: wear all the clothes in my closet; buy and then eat the groceries we have in the fridge and in the cupboard; fix things before throwing them out, etc. I also want to knit more -- but that's a separate entry. I'm also thinking of pulling out my sewing machine, getting it tuned up, and taking a course or two in dressmaking. I love skirts and wish that I could make some of my own. Maybe this is the year to try. I'm also including gardening in this revolution: it'll be bigger, better and yummier this year, I'm already feeling positive -- the photo for this entry is one of my bean plants from last year, and it just reminds me how much I enjoy eating, cooking, and growing my own vegetables (even if I hate gardening).

6. Stop The Internet Coma
I remember the heady days of my first internet usage where I surfed for literary magazines and sent off all kinds of submissions. I remember doing research for grad school and discovering great information. Fast forward 10 years and I can spend entire days reading celebrity gossip, hounding the IMDB for who knows what and chasing down obscure pop culture references. I'm not saying any of this is a bad thing; it's who I am, a pop culture junkie, but when it takes over AN ENTIRE DAY of my life, it's more of a symptom of boredom than anything else. It's time that could be put to better use.

7. Get More Regular Exercise
I know, this is on everyone's list. Over the past few years I've managed yoga, dance classes, biking, walking, swimming -- but all sporadically. There's a community centre around the corner from our house. My to-do list for this week includes stopping by and finding out the swim times, the gym times and membership-type stuff. My RRHB also had a wonderful suggestion to combat my winter blues: "get outside for winter activities." He says that if we just did more winter-type stuff, ice skating, skiing, walking, we'd find it less depressing. He's right.

8. No Fear
So much of my anxiety comes from being afraid of things, of what might happen, of the disease, of getting fired, of people thinking poorly of me, of my own self-imposed criticism -- and it all contributes to a knot that sits in the middle of my chest on an almost daily basis. I don't know what makes me so afraid and I don't know how to change this part of my personality. But I do know that it's a great part of where my stress comes from and I'm going to need to figure a way through it. I don't want to live in fear anymore. I'm too young and too old to be dealing with such a basic nothing in terms of what really matters.

9. Finish What I Start
Another self-explanatory item, but it's so true, I have half-done knitting projects, unfinished manuscripts, outstanding to do lists, and it's never ending. 2009 is The Year of Finishing Dangerously. I need to complete projects before moving on to the next one.

10. Read Even More
Books are glorious things. There are so many I want to read so again I'm setting the goal at 100 books that I can blog. I think I probably hit about 90 this year with Harlequin and books I read for work and didn't blog. I guess we'll see if I hit the goal this year!

Walk in the evening. That will take away the TV watching, and you'll enjoy experiencing the changing seasons, and it will work for exercise too. And it's free. Walk alone and it's meditation. Walk with your husband and it's a date.

Best of luck with your "revolutions." Here's # 11 - no stress or guilt if you don't achieve (or just partially achieve) the first ten!