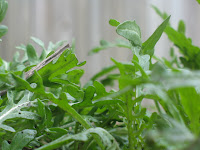 Throughout the history of my having Wegener's, I've been taking prednisone off and on for about 20 years. Not consistently, but always as the disease flares, gently in some cases, and more aggressively (like now) in others. My system seems to be sensitive to the drug, to all drugs actually, which means that I tend to experience the side effects deeply. It's how I ended up with my tragic hip -- Avascular Necrosis brought on by massive doses of prednisone when the disease was first diagnosed and the doctors were aggressively treating the disease to save my kidneys, and to stop my lungs from bleeding (which is what happened at Week 32 of my pregnancy as well). The most intense side effect I feel from the drug would have to be the psychosis. More often than not, it sends me reeling into a pit of depression and this always seems to last so much longer than the active symptoms of the disease. It's a hard way to live. All of the underlying issues with having a long-term disease, of battling for your health on a daily basis, of coping with the absolute fact that you can't control what's happening, of never knowing and/or feeling 100% yourself for months, even years at a time, are exhausting. So, after much thought, I'm trying to be more positive and reconnect with all of the things in my life that make me, well, me, so I don't go completely off the rails this time with the meds. Usually, it's thinks like routine and work that keep me grounded, but as I'm on mat leave, it's harder to cling to the old ways of coping.

1. Get Outside
The weather truly sucks my ass. I mean, it's raining ALL the time, and it's oppressive. But, I find even if I take a short walk, mainly with the RRBB, I feel better. I also managed to get an hour's worth of gardening done this week (that's my wild arugula coming up) while my RRHB took the baby for a walk.

2. Read
Yes, I know I do this anyway, but the more I read, the more I feel like I'm moving forward in my life. perhaps that doesn't make much sense but it helps ground my brain in more than the frenetic panic that the prednisone causes -- it stops me from collapsing entirely into the cloud-like depression that hangs overhead. It's a cliched, but apt, metaphor for how the drugs envelop your brain. Reading gives my imagination a chance to battle it back.

3. Write
This is self-explanatory. Last night the RRBB went to bed at 645. If we keep this up, I can actually take an hour or two right after he goes down and after scarfing down some dinner to string some of my own non-blog words together. It's energy I don't have but that I can't afford to waste either watching the last 16 or so episodes of Oprah, which is what I have been doing.

4. Ask for Help
I'm terrible at this -- but the best and only way of coping with the psychosis, for me anyway, is talk therapy. I've tried drugs and I don't like to take them. And the fact that I've been sleepless for so long isn't helping the weeping, and if I can at least try and express some of the hopelessness I feel in a safe environment, it means that the "crazies" (and how they manifest in my brain) won't necessarily overwhelm me to the point where I'm scrubbing bathrooms with a toothbrush and bleach at 3AM.

5. Restorative Yoga
Goodness, I wish we weren't so bloody broke. But I know now is not the time to be taking private restorative yoga classes. However, I can't say enough how awesome and healing my practice is in terms of both the disease and what it does to my brain. Right now, we're doing a bit of Mom and Baby yoga on Thursdays at Liberty Movement Studio, and that'll have to do.

6. Letting The OCD In One List At A Time
One of the ways that the prednisone manifests itself is through OCD tendencies. I make endless lists, spend hours running through figures, worry about dirt, and organize and re-organize things like shelves, books, closets. In a way, I think it's a way for my mind to cope with the overwhelming sense that I have utterly no control over what's happening in my body. The more I feel like I have control, the calmer I am, even if there's little to nothing that I can do about rising creatinine levels or coughing up crap -- I have to leave that up to the doctors and the medication -- I can try and staunch the rapidly increasing panic that sits in the middle of my chest with an active To Do List and more organization.

7. Trying Not To Be So Hard On Myself
I look terrible. I feel terrible. I don't feel like myself. I don't look like myself. I could spend hours creating negative downward spirals of self-defeatist thinking, abandoning all rational thought, starting silly fights with my spouse about feeling all of the above, and then, I have to stop. Because you know what a great cure for the above is -- the RRBB. His silly grin and absolute joy in my company, regardless of how hard it is to find the energy to take care of him, means I'm smiling for most of the day. Everyone looks better when they are smiling, even if their cheeks are ridiculously puffy and outlandish from the disease. Hey, here's a silver lining -- usually the "moon face" is accompanied by acne, but I'm guessing post-natal hormones have kept that in check because my skin is actually quite clear. This also means not feeling bad about watching too much television or all of the other goals on my usual New Year's Revolutions list.

8. Don't Listen to the Voices in My Head
The worst of the prednisone crazies, the voices that suddenly come upon the scene and tell me to do horrible things like drive my car into oncoming traffic and/or jump off a high rise, haven't started yet. This is something I'm incredibly thankful for. The pressure of what goes on in my brain is so intense that years ago I started doing something odd -- climbing in my closet and closing the door. And when I feel most overwhelmed, when there's nothing but mud and anger between my ears, all I want to do is climb back into the closet. A long time ago, I filled them up with stuff so that it wasn't a possibility. I thought it was the most rational thing to do at the time, but now I can calm myself down by thinking that I'd like to get in, but not actually crawling into the cupboard and closing the door. Even small steps are victories. Right?

9. Weep
Better out than in.

10. Know That I Will Get Better
This one is the hardest. Living with a long-term disease is like an endurance run -- it's a permanent change to your life, it forces you in directions you would never go, and forces you to contend with your mortality more often than not. Positive thinking, that's what so many people tell me -- my yoga teacher, in the form of a mantra; my family, in the form of how much love and good energy they have towards me; my friends, in the form of their never-ending support. Now I need to translate all of that into my own mind and know that I will get better, even if it takes months, years, this time around, I have so much more life ahead of me, I just wish I could live it. You know?
at May 02, 2011

Try not to clean your bathroom. I promise, it is already clean. xo

a good list but also filled with heart breaking adversity. i can relate to this.i find it humbling to face my shadows. some days are better than others. hang in there.