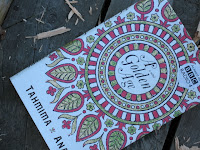 I thoroughly enjoyed Tahmima Anam's A Golden Age. Set in Bangladesh just as the war for their independence broke out in 1971, the novel centres around Rehana, a woman in her mid-thirties with two grown children (a son and daughter), and her struggle to keep her life together during the difficult times.

A Golden Age takes place in the town of Dhaka, which is technically East Pakistan to begin with before it Bangladesh. Tahmima Anam has a talent for bringing rich detail to the page that not only truly reflects the time and place, but also builds up an atmosphere around Rehana herself. She loves to garden, and therefore the landscape reflects that fact. She's a widow, and despite having some hard times, manages to keep her family together throughout the struggle by building a house on her property that she rents out. But most of all, Rehana's a mother, and the entire story with the novel bears witness to this fact.

One of the most interesting aspects of war fiction, if that's even a genre, for me when it's told from a female perspective, is how different the story remains. War on the home front may be worlds apart from where the front-line action might be (although the war touches Rehana and her friends directly), it still changes lives in ways that make it impossible to ignore. There is a subtle strength in Rehana's character that reminds me of Virginia Woolf's Mrs. Ramsay in a way, and the argument was made to me, many years ago during an undergraduate class in modernism, that To the Lighthouse should be considered a war novel. While I'm not sure if it's an accepted reading of Woolf's novel or not, the idea stuck with me, and that's how I approached my thinking about A Golden Age, as if it too was a war novel in the purest of senses.

Like To the Lighthouse, there's a building that Rehana rents out on her property called Shona that becomes a central character in the novel. As life in war is reflected by its inhabitants, and the house itself takes on a new personality. It's a fascinating idea, I think, to imagine not only how characters feel the impact of war, from the blankets the women sew on top of Rehana's roof for the refugees, to the pain and anguish she feels when her children become involved in various ways, but to also see what changes in the physical landscape beyond just craters made by bombs (Khaled Hosseini, I'm looking at you). Even a detail as simple as a bed that used to be used for a child has now been appropriated for other things makes you imagine war permeating every aspect of a life, and not just those lives on the front lines with the bullets.

Regardless, I wanted to read this novel because I didn't have Bangladesh on my Around the World in 52 Countries list, and I'm so glad I got a chance to experience it. For a first novel, it's really quite wonderful. It's also exciting because HarperCollins Canada will publish the novel in Canada this January, and even though you could order it from Amazon, it's actually worth the wait.

PHOTO IN CONTEXT: I left the book on the dock when we drove home and had to call my aunt to rescue it. The cover got a bit water marked (as it rained a bit, just a few drops) but I wanted to show the poor abandoned novel where it would have ended up had my family not shown it a little bit of kindness. And what a cold, cloudy day it was! Shockingly, it was first-thing in the morning when I took the picture. And the bits of wood everywhere are from Gordie, the dog, who loves sticks so much that it's almost impossible to understand.
at July 24, 2007

You and your book-saving tendencies! Good for you. I love your photos in context.