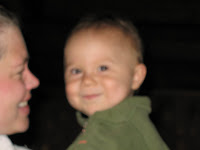 Ann Patchett's Bel Canto took me a few weeks to finish. I kept starting it and then stopping it and then starting it, forgetting where I was, stopping, sleeping, and then starting again. Finally, after finishing up my manuscript and having true free time for the first moment in what felt like a summer of hectic classes, tonnes of other manuscript revisions, and loads of my own writing, I took an afternoon to finish the book while RRHB fiddled about and before my aunt and I set out on a Scrabble marathon to end all Scrabble marathons (she bingoed, and then won; I put up a noble fight).

Annnywaaaay. Bel Canto. This book won all kinds of awards six years ago: the Orange Prize for Fiction and the Pen/Faulkner Award for Fiction, as well as becoming one of the most beloved books around. Set in an unnamed country (I think) in South America during a birthday party at the Vice President's house for a Japanese business man who loves opera, and adores the opera star Roxanne Coss who is paid to perform for him, a group of revolutionaries burst in an take the large group hostage. When they discover that the President himself was absent from the party (he stays home to watch his soap opera), the terrorist sequester the group away for months on end waiting for their demands to be met by an increasingly uncooperative government.

The group bides their time, first in terror for their lives, and then in a quiet kind of acceptance of the terms of their imprisonment. They have little freedom, but are fed; they have no rights, but soon adjust to their new life as captives. It seems as with any group of people shut up in close quarters with their fellow human beings, lives change in ways that are irreversible. People fall in love. People change. People become a truer version of themselves.

Now, I'm not about to say that I didn't enjoy Bel Canto, because I truly did—it's a novel deserving of its prizes, but my emotional response to this novel wasn't even remotely close to that of Run. It's well written, the plot if fascinating, and the characters are meticulously drawn. Yet, there's a chill that runs through this book that I wasn't expecting regardless of the beauty in Patchett's voice.

If anything, it made me think that above and beyond listening to classical music a lot these days, I should really also give opera a try.

PHOTO IN CONTEXT: I am sad to say that, again, I left the book up north without taking a picture so I give you a fuzzy shot of me and my nephew Spencer. Just because.
at September 10, 2007